It’s been a full week since my last post and all I can do is extend my apologies! The week just passed was my last week in Jodhpur and I have now moved on from the Blue City to the Pink City, Jaipur. This being the case, I’ve spent most of my time tying loose ends and making sure I try to see all the amazing people I’ve met and spent time with over the last three months (I didn’t even manage to do this as much as I would have liked!) but I’ll try and give you a quick summary, the finale to my time in Jodhpur being extra special.

One of the great things Simon and I made time to do in the final days before our departure was to finally go and try ‘Flying Fox’ at Mehrangarh Fort, a large zip wire course offering some of the best views of the old city. Some people had complained about how expensive it was (1400 rps for an adult – around £16.50 per person) but after managing to pull a few strings for a small discount I would say it is more than worth it! You’re out there for around an hour and a half and it really is great fun! It was nice to spend some time with other travellers too and make sure you exchange tips. I would say the time that we went, the last session of the day, at 4.30pm is perfect. At this time you get to see dusk over the old city and the sunset too. Aesthetically it makes more of a difference than you think! I also managed to be the only person of the day who span around when zipwiring as I leant too far to the left (not a good thing believe me) so cries of ‘AAAAAHHHHH’ could be heard echoing all around. Great fun though, recommended! 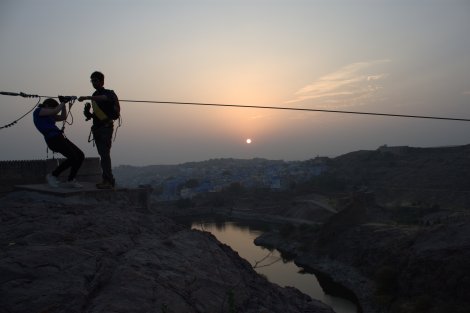 Right before I went spinning off into the distance…

The day after Flying Fox we also made a point of going to the British Polo Day in Jodhpur. My boss is a polo player and so we were sent an invite and although I’d never watched the sport before (nor quite frankly had a clue as to what was going on half the time) I thought it would be a great experience either way, and so it was! Simon and I rode an elephant before the match, which was then opened up with a Bicycle Polo game before the big match. The Maharaja arrived in an amazing fleet of vintage cars and all tea/coffee/beer/water was on the house. What started off as a great day out however only got better when we got chatting to a lovely guy who was playing as part of the team and invited us to Umaid Bhawan for the black tie after party and fashion show (no joke). What could we do but go?!

In a more than slightly surreal turn of events therefore, Simon and I found ourselves at the British Polo Day afterparty in the palace grounds of Umaid Bhawan. Neeta very kindly lent me a saree to wear which was perfect and a good friend of mine also happened to have a Nehru suit that was three sizes too big… it was so lucky it was almost fate! After meeting in the lobby, we therefore strolled down the red carpet to join the celebrations. After being introduced to the Maharaja and the Princess, we then watched a fashion show with Phillip Treacy’s hats (who we also met afterwards- lovely bloke) and ate / drank to our hearts delight. It truly was a moment in which you had to pinch yourself! We managed to hold our own however and by 5am in the morning counted ourselves among the last men standing. Simon’s dancing went down a treat – not many people can claim they started a dougie off in the Maharaja’s house – but everyone was so friendly and interesting that the company really made it. Not to forget the surroundings of course. I still can’t believe it really ever happened (unfortunately I made the decision to leave the hefty SLR at home for the evening so not to draw attention to myself and so photo evidence is limited) but a video of the event on the British Polo Day website gives you an idea. Such an amazing event! If you ever get chance to go to a British Polo Day occassion, I couldn’t recommend it more! And to think, we almost didn’t go because we didn’t have the right kind of clothing… (we looked fine in the end!).

The only problem with this however was our hangover/lack of sleep meant that the next day we were severely behind on packing and still had plenty of goodbyes to make. I hated saying goodbye to my office – who were so lovely to me during my time in Jodhpur – but saying bye to Manju was especially heartwrenching. She and Bhanu came upstairs to help us pack (how did I even bring all this stuff out with me?!) and I couldn’t help but feel guilty about leaving her on her own. She rang me the next day to ask how I was and explain that everyone was out so she had nothing to do and noone to talk to so I made a point of filling in how our arrival had gone. I’ll keep touching base with her as we go along as I think she’d really appreciate it and I love speaking to her anyway. If I’m having a down day she’s the perfect antidote too! 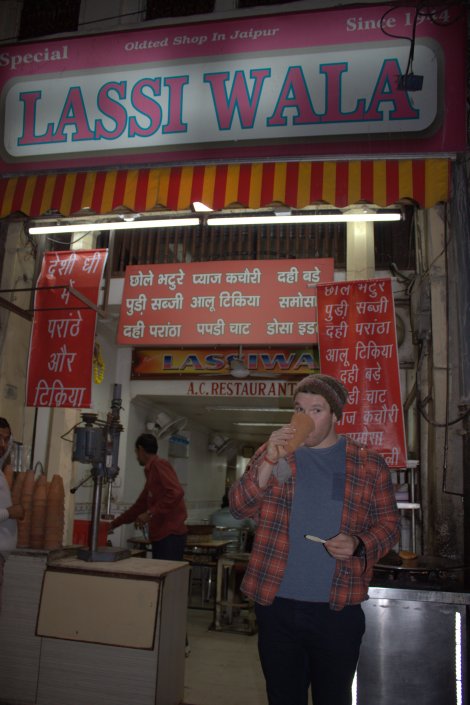 The place we’re staying at the moment in Jaipur is a guesthouse called Pearl Palace Heritage and its incredible. Really reasonably priced, spotless rooms and it has one of the best restaurants in the whole city on its rooftop. Today we’ve already done plenty of sightseeing, visiting the Amber Fort, City Palace, Lake Palace and Jantar Mantar. To Si’s delight, Jaipur has a KFC on MI road and the street lassis here are amazing too! If I’m perfectly honest I was pining for Jodhpur a bit earlier as tourist touts suddenly starting bombarding us again, but I’ve used my hindi to find a new pal in a local tuktuk driver which cheered me right up! It’s amazing what a difference knowing basic Hindi really makes, people just seem much warmer towards you and generally I’ve already got much less hassle when I haggle in Hindi and not English. Plus its nice to show the English aren’t as ignorant as we’re often thought to be! 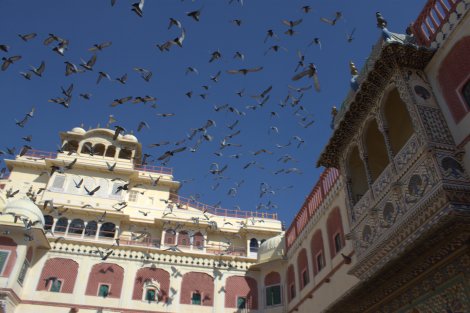 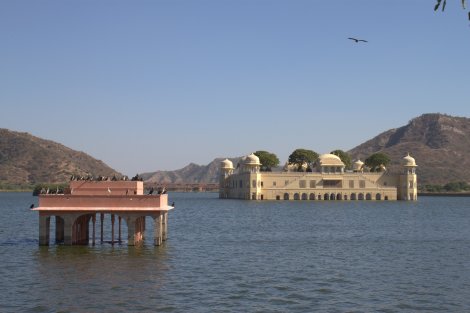 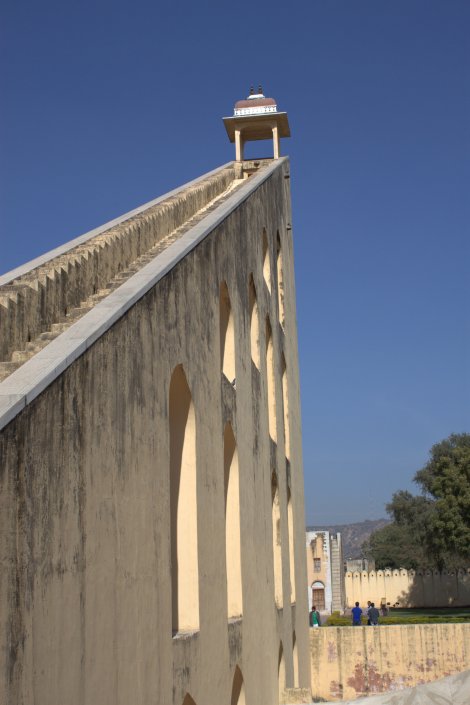 And after that essay of a blog post, I think we’re back up to date. Over and out amigos,

ps. In the last few days of Jodhpur someone started putting jumpers on the street dogs! I didn’t manage to get a pic but it has to be among the funniest things I have ever seen. At first I wondered if it was cruel, but they seemed happy enough and looked like they wore small thin sweaters all the time. SOMEBODY GET A PHOTO!