It’s a bit weird to compare last weekend to the weekend that has been happening at home. Back in the UK, my village and hometown up in the sleepy grim up north part of England has been quite literally ‘snowed in’ due to colossal amounts of snowfall and stubborn below zero temperatures. Yet here in Oz, things have been typically glorious weather-wise, although it has started getting ‘chilly’ at dipping to around 20 or so degrees and the occasional torrential downpour typical of living beside the coast has started moving in. The good and simultaneously bad news is now I can happily wear a jumper at around 15 degrees (a nice sunny day back home) so  God knows how I’m going to survive when I return to Blighty! One suspects I will look seriously ill walking around in a jumper and scarf if everyone else is in t-shirts…

The glorious aspect of this weekend however wasn’t just down to weather, as the West Coast Blues and Roots festival turned up on our doorstep (literally). Taking place in Fremantle Park, Simon and I found ourselves living next door to one of the biggest events in the WA music calendar, playing host to music legends such as Robert Plant, Iggy and the Stooges, Paul Simon, Santana and some of my own personal faves – Michael Kiwanuka, Newton Faulkner and Julia Stone to name a few – as we lived in our personal live-in concert for the weekend. There is something very under-rated about being able to listen to live music whilst in the shower and lie in bed as someone insanely talented shows you why they learnt to play the guitar. Thus, I would recommend everyone try and live next door to festivals. It was however a bit disappointing that we couldn’t actually attend despite listening to so much of it, with tickets at $160 dollars a day it wasn’t quite financially viable at the moment (damn you student loan) and so we had to get creative. One solution was for me to create my own little spectacle – dancing in the courtyard to Paul Simon whilst hanging out the washing and insisting Simon dances with me like an idiot – and the other was to go round the corner for Robert Plant’s headliner on Saturday night to a point in the fence where we could see the stage and big screen perfectly. Simon donned his Led Zeppelin tee and like the easily-pleased peasants we are we even danced on the grass to ‘Rock and Roll’. Being the young whippersnapper that he is, it’s officially the closest Si has ever got to hearing one of his favourite bands ever perform live, which made a pretty good start to the weekend.*

The Lineup for West Coast Roots n Blues this year….

On Sunday, despite enjoying listening to the free musical extravaganza going on in our backyard, the sound of all the fun the actual attendees were having convinced us we had to go and do something with ourselves and the day. I’d been wanting to go back to Kings Park for a while now and the lovely sunny weather offered the perfect opportunity for a picnic. During the day the bridge walkways over the treetops are open too along with lots of Aussie Bush trails to explore. I even fed some Aussie ducks in the botanical gardens! Pics below…**

Who says you have to pay for a view? Hello Perth.

Love this photo of Si. 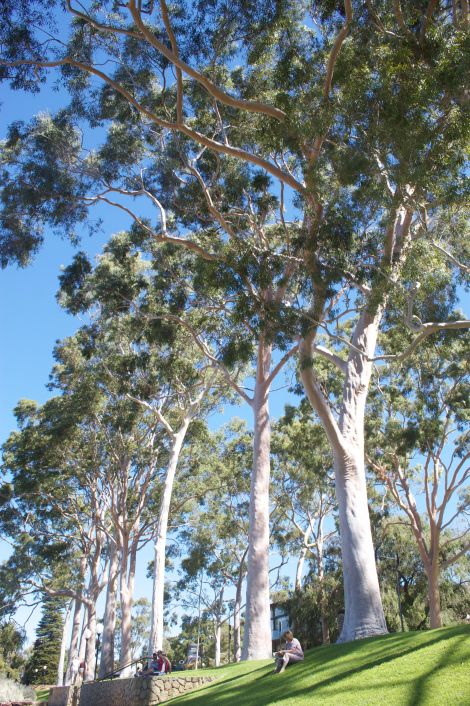 The lemon gumtrees that line the entrance to the park. 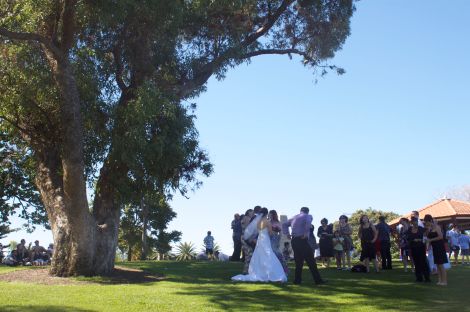 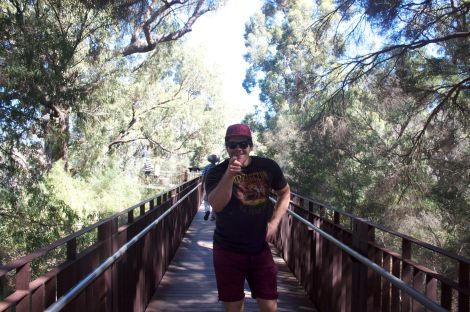 Practicing his runway on the suspended walkway… 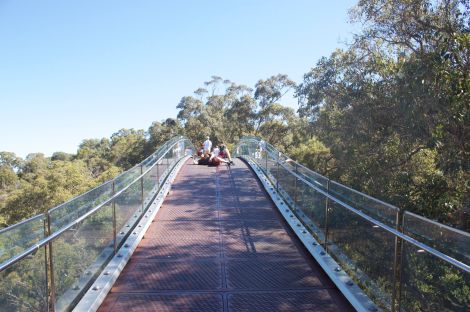 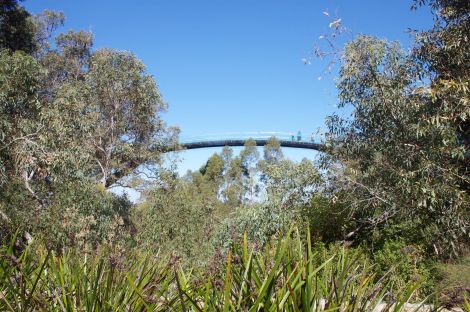 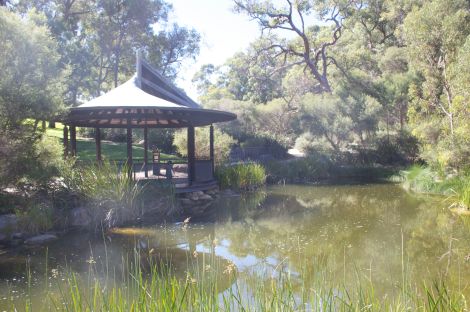 Never too old to feed the ducks! 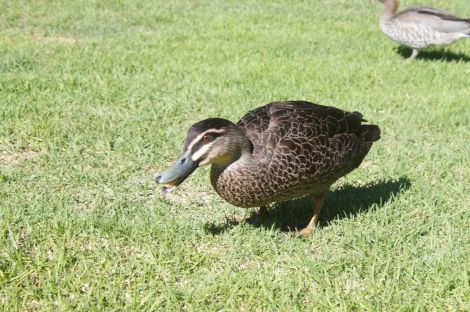 Kookaburras! You hear ’em before you see ’em.

Now I DID make an effort to remember this flower, then I went and forgot this flower. Help?!

No french style picnic would be complete without it. Fat in a tin. Yum!

Can anybody spot the loser having a nap? 😉

Over and out Amigos,

Ps. This was the song that I danced to whilst hanging out the washing – one of those wonderful moments when you realise you had forgotten a song existed only to exclaim out loud with glee when it dawns on you how magnificent it is and that you know all the words – I encourage you to go and dance now too.

*This, after the abysmal film that is ‘The Incredible Burt Wonderstone’. To be fair, the last films we went to see were ‘Django Unchained’ and ‘Silver Linings Playbook’, two amazing films, so it was doomed to fail if it was anything less than amazing. Still, most of the funny bits were in the trailer and I didn’t like what I saw as a very, very weak attempt at an independent female character (she ends up sleeping with the main male character, surprise-surprise). Big mistake.

**Any pics of the botanical gardens may or may not be an unsubtle attempt to convince my botanical babe mate Jess to come and visit. 😉