After a thirteen hour train ride from Jaipur, Simon and I finally arrived in Haridwar, ready to meet our driver Bobby who would be taking us the extra half an hour ride straight through to Rishikesh. The train journey already told us we were in a place very different from Rajasthan. Out of the windows were fields and fields of sugarcane plants, along with acres of agricultural settlements. A thick fog hung low in the air and as we alighted the train monkeys swung along the railings over the platform, scurrying after one another as quickly as they could. People wrapped up warm in shawls but we welcomed a bit of cold air, probably the closest thing we could get to a white christmas!

Haridwar is a religious site for many Hindus, one of the guys we met on the train was heading up there for a family funeral, as the river Ganges flows right through it. I didn’t think I’d feel anything specific for the river, but its actually quite awe-inspiring. The river flows fast, wide and deep, carving a huge path through the plains and massive spaces of terrain composed of pebbles washed along on the river bed lie testament to the rivers strength and power during the monsoon. On the way out of Haridwar by the side of the Ganges is a gigantic statue of Shiva, another reminder of how spiritual the site is. 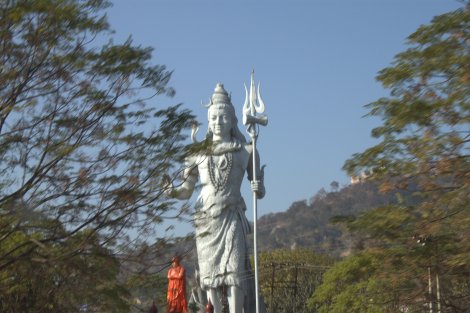 The first thing that struck me about Rishikesh was how beautiful it was (its geniunely gorgeous), unfortunately the second was that the ashram we were staying at really wasn’t for us!! The yoga sessions were amazeballs, consisting of four hours every day, but a combination of it being offseason, christmas time and just a little bit too strict for our liking (no entrance or noise after 9.30pm) meant we figured out pretty quickly we didn’t want to be there over the festive period. So as quickly as we checked in, we made the decision to check out and head to Delhi early – making the last minute decision to add India’s party capital Goa to our itinerary for New Year (many lucky turns here meant this was actually possible). Our 48 hours in Rishikesh was really nice however, and I think it was among one of the most naturally beautiful places I’ve been in India. It was nice and quiet too, although maybe a little too much for this time of year. I’d love to return during the summer months when its a bit more lively, but for now, Delhi’s where its at! After a looooonnnngggg car ride, we arrived safe and sound in Karol Bagh on Christmas eve. Just in time to catch up on the Christmas movie marathons ;). Here’s a quick photo summary of flying visit:

On the hanging bridge in Rishikesh 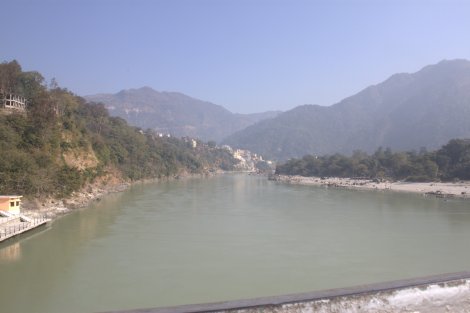 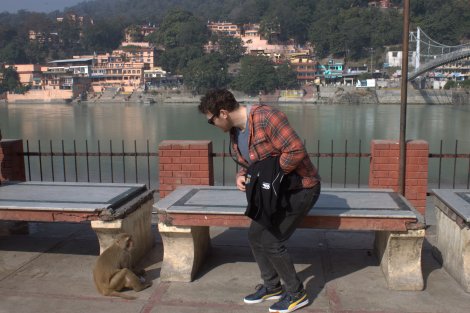 Monkey, plus background cow on a beach. ‘Nuff said.

Simon getting friendly with the locals… 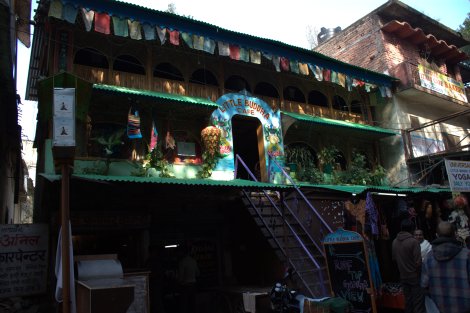